The appearance of both men and women, who visit from Brampton, Oakville, and surrounding cities, is enhanced by a defined chin and jaw and a slender neck. Liposuction, which many patients at our Toronto and Mississauga clinics associate with body contouring, is an extremely effective treatment to improve the appearance of the neck. When performed by a plastic surgeon with Dr. Michael J. Weinberg's expertise, the results can be dramatic. 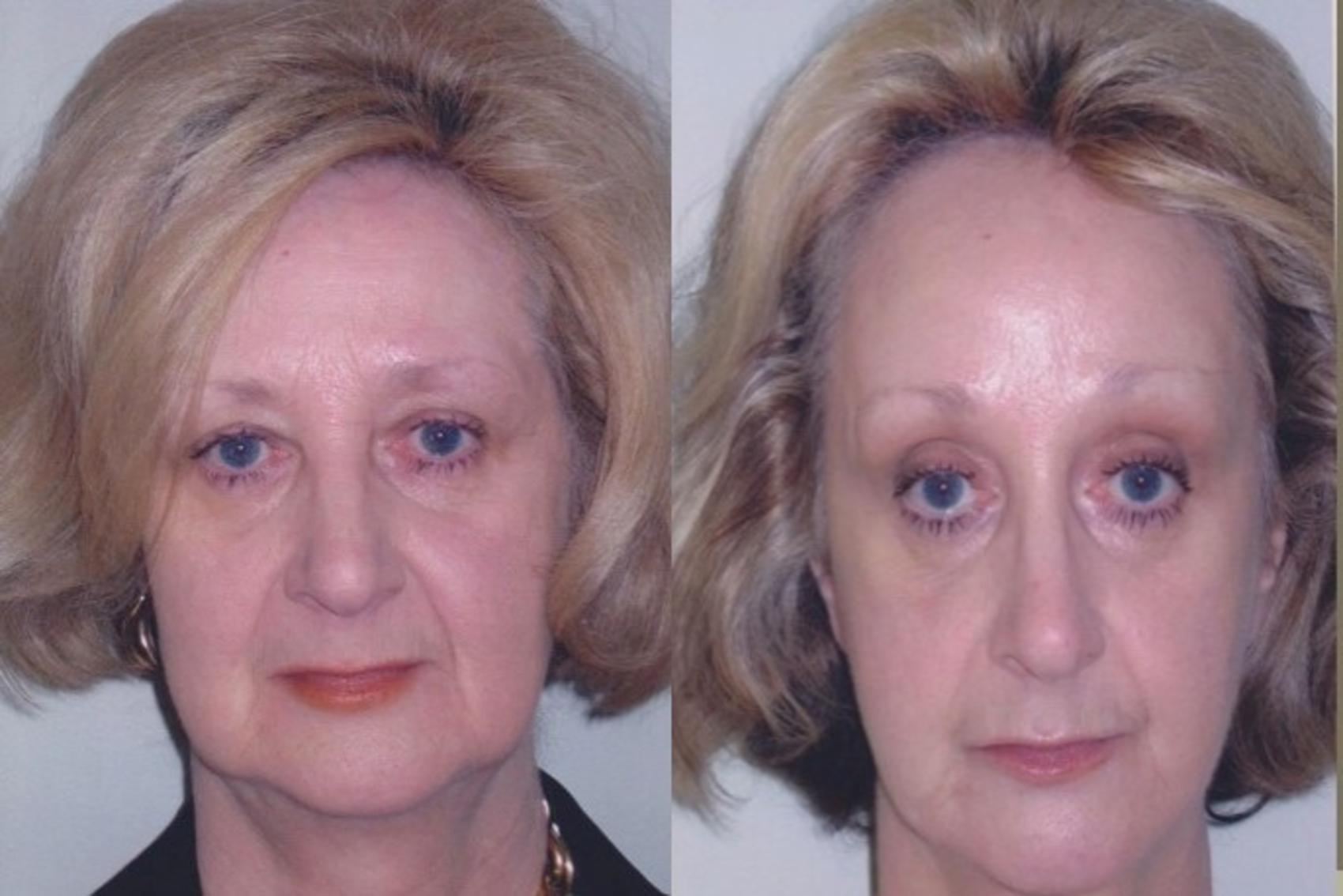 Facelift Gives Toronto Business Woman The Competitive Edge:At 58 this successful business woman did not like the drooping brows and jowls she was starting to see in the mirror. With a relaxed attitude toward plastic surgery, she was game for an... Read More

Chin Liposuction Toronto.This charming woman in her fifties had one feature she was very self conscious of, her double chin. The rest of her facial features were in good condition, but the pocket of fat beneath her chin had become more noticeab... Read More

“Short Scar” and Neck Liposuction in Mississauga Facelift Patient.This 56 year old woman had always promised herself a facelift when the time was right. A month after her first consultation with Dr. Weinberg she underwent her face lift in Missi... Read More

Facial Liposuction Before & After Photos

Fat can accumulate in the neck beneath the chin and jaw, causing the appearance of a double chin. This can make you look overweight even if you’re not. Tumescent liposuction using a small cannula (a surgical tube) is a safe and effective way to reduce stubborn pockets of fat from the neck.

Dr. Weinberg infuses the area with a large volume of tumescent solution that contains a local anesthetic and epinephrine. This causes the blood vessels to constrict, minimizing bleeding and bruising. It also causes the fat to swell, making it easier to target and remove. The cannula is inserted through small incisions and passed through the fat, breaking it up and suctioning it from the targeted area. The benefits of tumescent liposuction include limited downtime, because general anesthesia isn’t required and there is very little bleeding and bruising.

Liposuction is often called liposculpture because when it is performed by an experienced surgeon such as Dr. Weinberg, the technique is used to sculpt the contoured appearance patients want. Liposuction is an excellent and cost-effective alternative to a neck lift, especially for younger patients whose skin is firm and resilient. Patients may also want to ask about BELKYRA™ injections to reduce the fat that causes the appearance of a double chin without surgery.

As an experienced, Royal-College certified plastic surgeon, Dr. Weinberg is devoted to helping patients reach their cosmetic goals. For over 25 years, he has built a reputation as one of the best plastic surgeons in Mississauga through expertise, experience, and dedication to his patients.

How Long Does Neck Liposuction Take to Heal?

Many neck liposuction patients are ready to return to work or their routine daily activities the following day, although experiences vary. You will need to wear a compression garment for two weeks. We ask that you refrain from exercising or other strenuous activities for at least 2 weeks after the treatment. Although most bruising and swelling fades within a week, there may be some residual bruising and swelling for a month or more.

How Long Does Neck Liposuction Last?

While your face will continue to age, maintaining a healthy weight and following good skincare practices can help maintain your contoured jawline and neck for years to come.

We invite you to request an appointment online or call one of our clinics at (905) 273-3045 (Mississauga) or (416) 207-9090 (Toronto) to learn more about neck liposuction and Dr. Weinberg’s extensive experience in surgical and non-surgical cosmetic treatments.

Dr. Weinberg does not endorse or lend his name to any specific product, medication, or device. The information on this page is meant to familiarize prospective patients with some of the commonly available treatments/products and devices in use for specific issues and is intended for general educational purposes only. Decisions regarding treatments in a specific patient must be made in the context of a medical consultation.