Liposuction Before & After Case 34 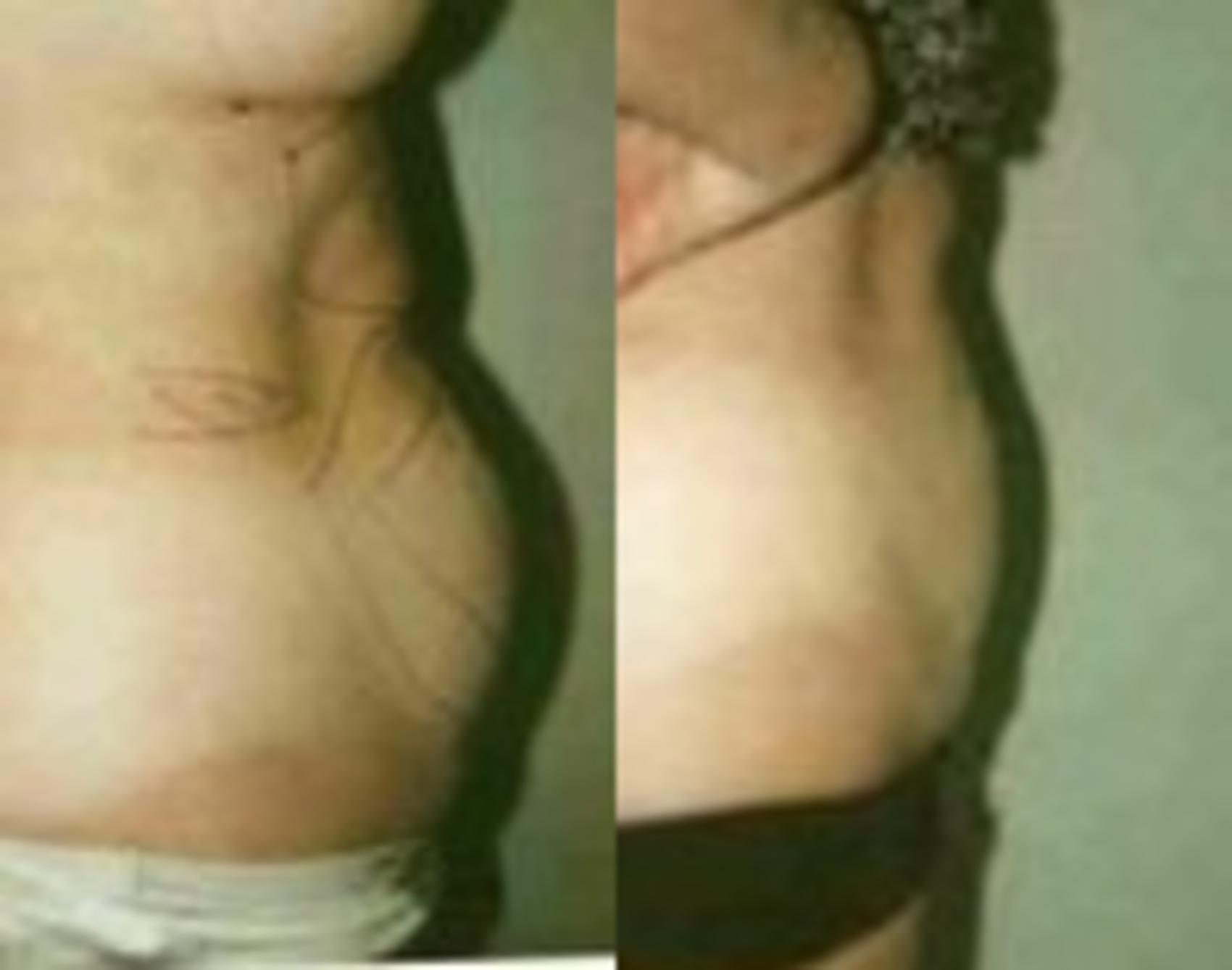 When “Muffin Top” Expanded, the Answer was Liposuction for Patient.

At age 63, this office administrator noticed she had gradually put on weight. Too much of her 140 pounds were concentrated in her tummy area for her liking, and her abdomen was irregular due to two previous surgeries. She was well acquainted with Dr. Weinberg, as he had previously removed a benign skin lesion for her. He described the pros and cons of liposuction versus tummy tuck with him. He explained that she did have good skin tone, and not too much laxity, so liposuction liposuction in Toronto or Mississauga was an option. Treated several years ago, Liposonix was not yet an option, but today this would be a reasonable non-invasive alternative for this patient. She is pictured pre procedure, marked for her treatment. Her procedure was done under local anaesthetic, introducing the liposuction cannula through three small incisions, one in the area of her umbilicus, two above, and was completed in an hour and a half. She returned home the same day, and in fact later told Dr. Weinberg that she went shopping that very afternoon. Photos taken 7 weeks later demonstrate the improvement in her abdominal contour. She continued to be followed at the Mississauga clinic for laser hair removal treatments after the surgery.

*Keep in mind that each patient is unique and your results may vary.